How did the Columbus Ohio Real Estate Market Perform in August, 2021?

Welcome to our Columbus real estate market update for August of 2021. Each month, we analyze the sales data on how the real estate market here performed during the last month. Then, we put the data into a readable and easily understandable format for both our clients and the general public.

Unusually high demand for homes in central Ohio and lack of sufficient inventory has resulted in homes selling for more than the asking price for the last couple years.

Three out of every five homes sold in August sold for more than the home was listed for according to Columbus REALTORS®.

Inventory is rather tight, so many buyers are continuing to make offers over list price.  In the last couple months, however, buyers seem to be putting a bit more consideration into their offers. Further, they’re considering appraisal value more often when determining their willingness to pay.

Even with the tempering of over list price offers, August recorded the highest number of home sales in central Ohio history. The 3,694 sales last month was 9.3 percent higher than one year ago. Year to date (January – August), home sales are 10.3 percent ahead of 2020.

The number of listings added to the market last month was almost 12 percent higher than August of 2020, but down almost 13 percent lower than July.

Fewer homes listing in the fall is typical, as the school year is starting. The housing market usually takes a bit of a breath during late Q3 and Q4.

Though even with record sales last month, there were still 24.4% more homes on the market this year compared to the same time last year. This, thankfully, provided buyers with more options.

The time it took to sell a home remained at 11 days last month. 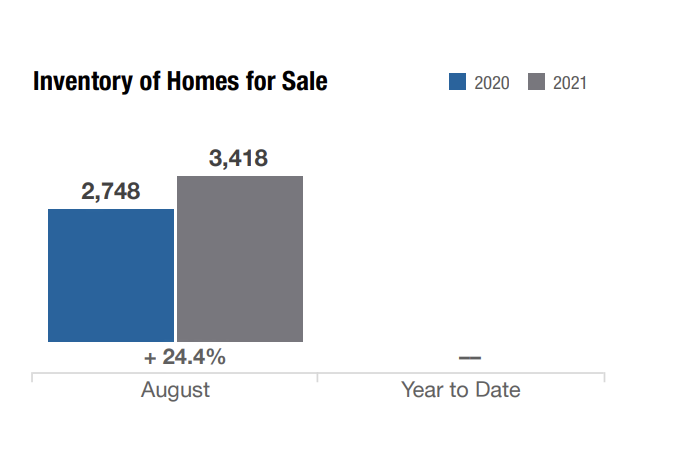 💲 This price is 11.7% more expensive compared to the same time last year  💲 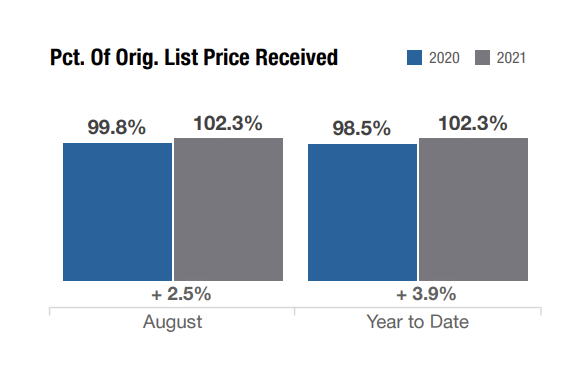 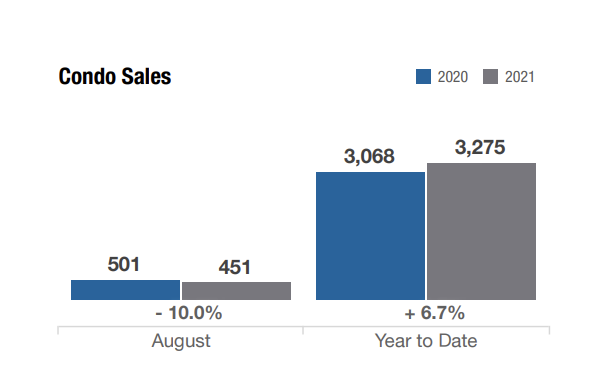 The Columbus, OH August 2021 Housing Report: At a Glance

Closed home sales are up 9.3% this year in Columbus compared to the same period last year.

Further, the average sale price, median sale price, and the percentage of people receiving their expected price for their homes during a sale have all increased since last year. By all measures, the Columbus real estate market in August 2021 was red hot.

Nonetheless, for buyers, we must say “caveat emptor” (buyer beware). Many real estate experts are expressing concern that homes are currently overpriced. Additionally, with a large number of homes going into forbearance, one would be prudent to closely watch how this affects the real estate market as a whole.

You can contact us directly by the contact form on this page or the phone number at the top of this page if you’d like to speak to a real estate expert quickly and directly.

If you are planning to sell your home in Columbus, Ohio this year, we recommend watching this short video here, which has some quick tips for selling your home safely in 2021. 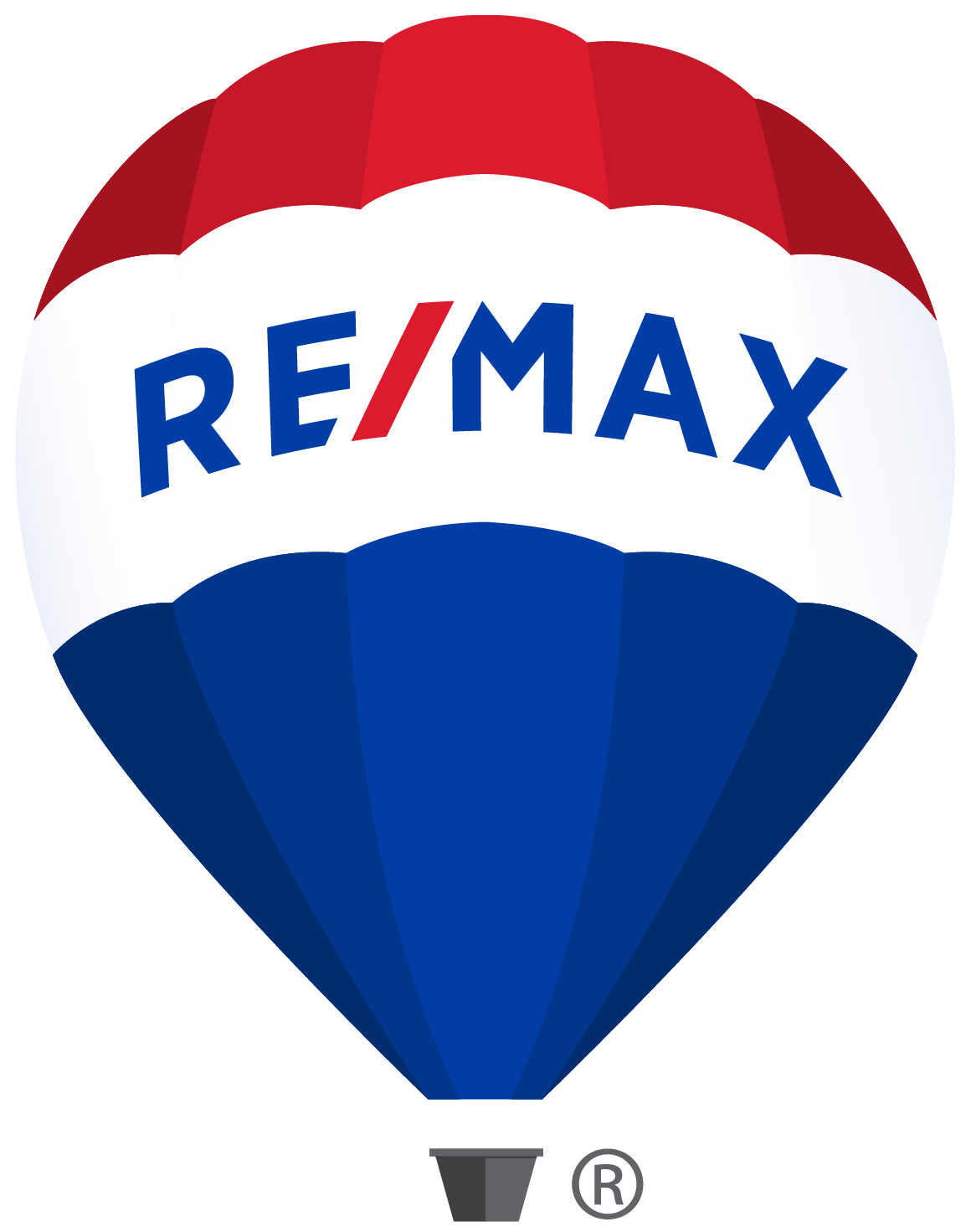 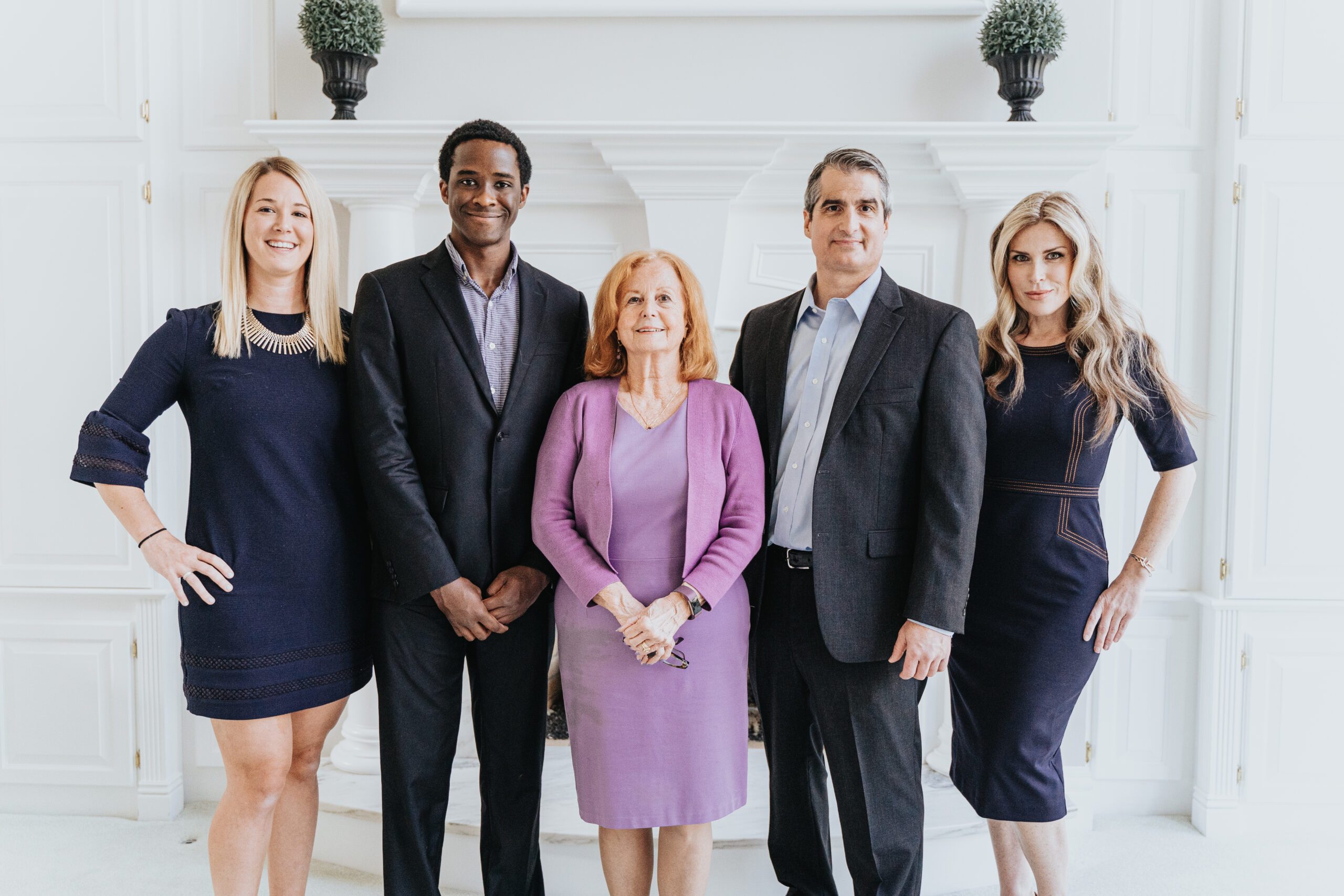